News and events
« Back to news
Oct 31
News from the International Music Council
Published: Oct 31,2019 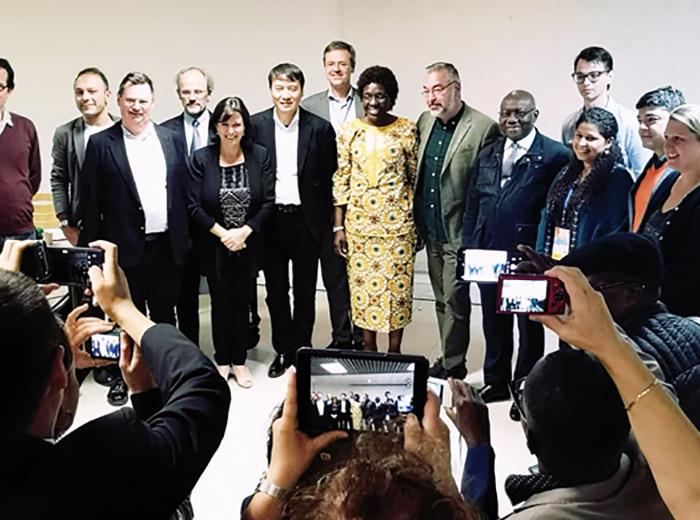 The General Assembly was followed by the 6th IMC World Forum on Music, which gathered some 350 participants for a celebration of the organisation’s core values, embedded in the Five Music Rights. This event also commemorated the 70th anniversary of the IMC, founded under the aegis of UNESCO in January 1949.

Choral music was mentioned in different sessions of the Forum by a number of speakers, and there were examples of choral traditions from almost all continents. This choral thread began with the importance of singing lullabies in families and the role singing plays in many African societies. It also included the presentation of choirs in countries with little choral tradition such as Afghanistan. Special projects were presented such as the first black Opera Choir in South Africa and a USA community choir with prisoners and singers from outside the prison singing together, even involving victims’ families. Finally, participants learned how computer technique can add choral sound to a singing voice and how singers can successfully warm up their voice in the morning.

A permanent poster presentation included 70 projects promoting one or several of the Five Music Rights. One of the posters was from the World Youth Choir (www.worldyouthchoir.org), a project of Jeunesses Musicales International, IFCM, and the European Choral Association – Europa Cantat (ECA-EC). Choral music was also represented by the project, Sing Me In, coordinated by ECA-EC and co-funded by the European Union Erasmus+ Programme.

Last but not least, Revoice!, an ensemble with alumni of the EuroChoir (a project of the ECA-EC) and the World Youth Choir, performed between two sessions with a varied and fitting repertoire conducted by three young conductors who also sing in the choir. The choristers in Revoice! were wonderful ambassadors of the choral world and received warm applause and positive feedback. (For more, see www.revoiceensemble.com) On October 1, International Music Day, Ian Smith (Chair of the European Music Council) ended the last session of the IMC World Forum which dealt with freedom of expression by quoting the text of the song “Even when he is silent” by Kim André Arnesen which the choir had beautifully performed.

Read the full report on the representation of Choral Music at the IMC Forum in the October issue of the ICB: http://icb.ifcm.net/