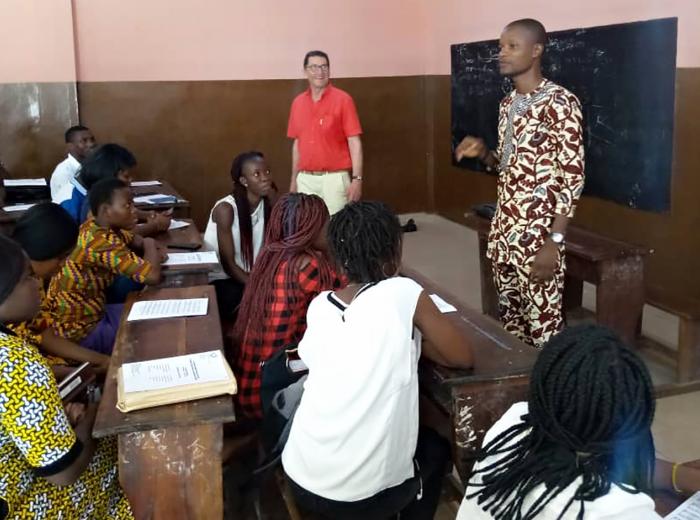 A second training session for choral conductors was organized in Cotonou, Benin, from 25 January to 02 February, as part of IFCM’s Conductors Without Borders program.

Eighteen trainees from the newly-created Federation Harmonie Cantat in Benin participated in the session and worked on conducting gestures with the aim to conduct the choir-in-residence at the end of the session. Twelve choirs from the southern region of Benin were able to participate in this training session.

Topics such as preparing the score and the rehearsal, listening to the voices and finding ways to respond to what the conductors hears, and working with vocal culture concerns were addressed individually.

The trainees were greatly motivated and expressed their desire to go deeper into this educational program.

The French Institute of Benin has become one of the partners of these training courses.

The next training session is scheduled for October - November 2020.

Read the report in French. This report will be available in English in the April ICB.