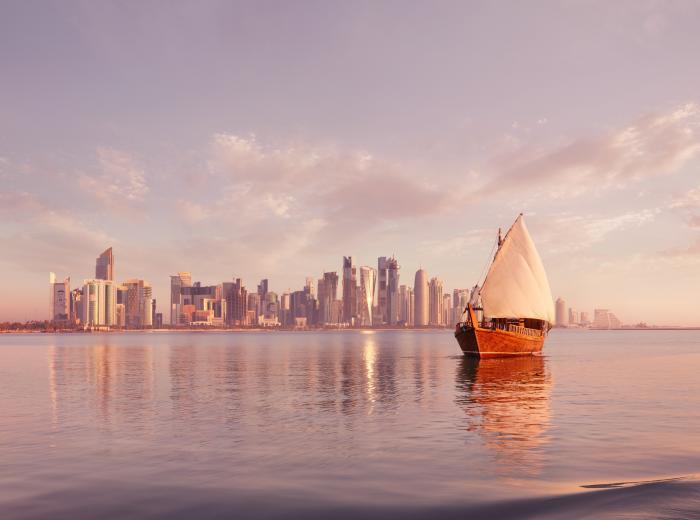 In a historical first for the Middle East region, the International Federation for Choral Music (IFCM) welcomes the choral world to Qatar! At the moment, when humanity is facing one of the biggest pandemics in more than 50 years, cultural events around the globe are on hold. Nonetheless, IFCM and its partner, the Qatar National Choral Association (QNCA), are working hard on the next World Symposium on Choral Music! The world's largest, non-competitive, international choral event will be held in Doha, Qatar, in 2023.

We welcome you to a land steeped in tradition, yet open to the world. The signing ceremony of first agreement between IFCM and QNCA was to have taken place at this year's 12th WSCM in Auckland, New Zealand. Sadly, as with so many other events this year, WSCM2020 had to be cancelled. However, in the spirit of moving forward and better days ahead, we are happy to share a short video of the online official signing of the contract between IFCM and QNCA. Plan now to join us!