News and events
« Back to news
Aug 31 highlighted
Update on the ICB Languages
Published: Aug 31,2020 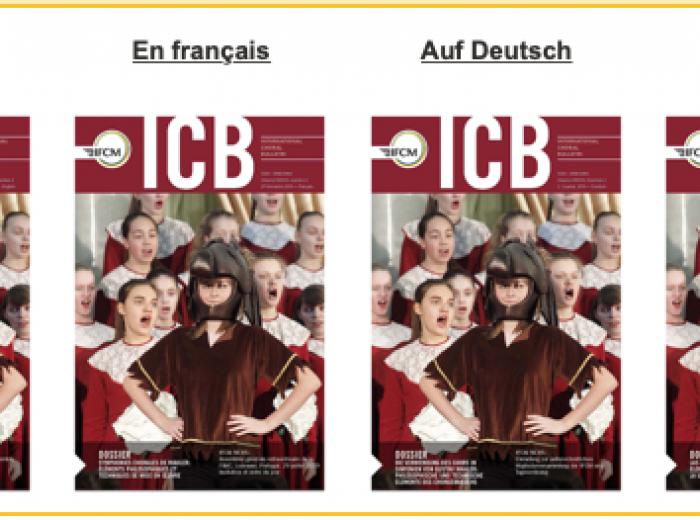 As the the next World Symposium on Choral Music will be in Doha, Qatar, and as IFCM expands its activities in new choral communities, the IFCM Board members recently approved a new strategic plan related to the ICB and its languages. The goal is to have more choral news and ICB content available for members, readers, and web visitors in the following languages: Arabic, Chinese, Japanese, Russian, and more if translator teams are available.

Successful partnerships have already been made to build a team of translators in Arabic, Chinese, and Russian. Our collaboration with the Russian team has led to more than just ICB content translations; we will create a new page on the IFCM website, entirely in Russian, with easy access for Russian-speaking visitors. The ICB articles (as well as IFCMeNEWS) have already been published in Chinese on the IFCM WeChat account for the past 10 months. The WSCM 2023 Team in Doha is actively creating a network of translators from Arabic countries.

In order to have more languages available for our membership, some adjustments in languages were required. Here is the decision of the IFCM Board:

This new language strategic plan will begin with the October 2020 issue of the ICB. All the links will be clearly listed in the quarterly email to the ICB subscribers and IFCM members.