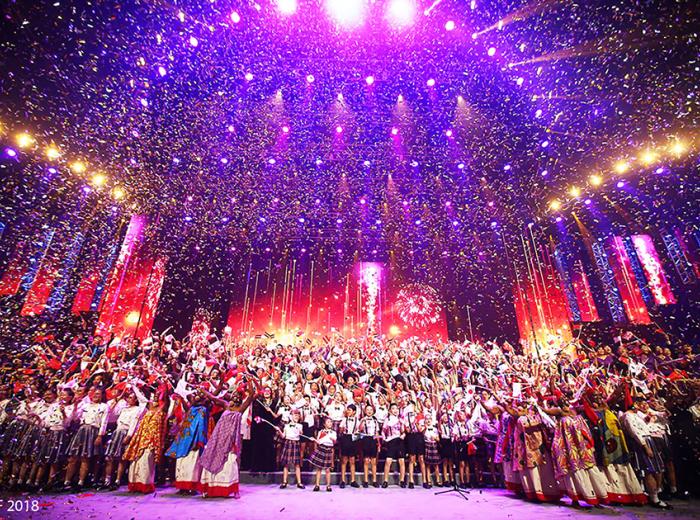 The 15th China International Chorus Festival pivoted to an online festival in 2020 amid the Covid-19 pandemic. However, the move seems to have actually helped to increase its popularity. The opening ceremony, which was streamed online on 5 October 2020, received more than 120 million views, the highest number in the history of the festival. More than 20 top choruses from China and abroad participated in 2020 festival, including the Vienna Boys Choir, Estonian Voices, and the Beijing Philharmonic Choir.

The hosts of the opening ceremony were physically present at two different locations but, through the power of the internet, were able to host together despite the vast distance between them. Jin Chengzhi, founder of the renowned Rainbow Chamber Singers, was in Shanghai, while Eva May, Beijing-based TV host, was in Vienna. The most moving component of the opening ceremony was a performance by the Beijing Hospital Choir, which expressed appreciation and respect for all the medical personnel who are working on the front lines of the fight against Covid-19. Several international choirs performed classic Chinese songs:  the Vienna Boys Choir performed "I love you, China" and a South Korean choir sang "The moon represents my heart" in Chinese. The opening ceremony ended with a performance of "We are the world", acknowledging and celebrating the power of the choral art.