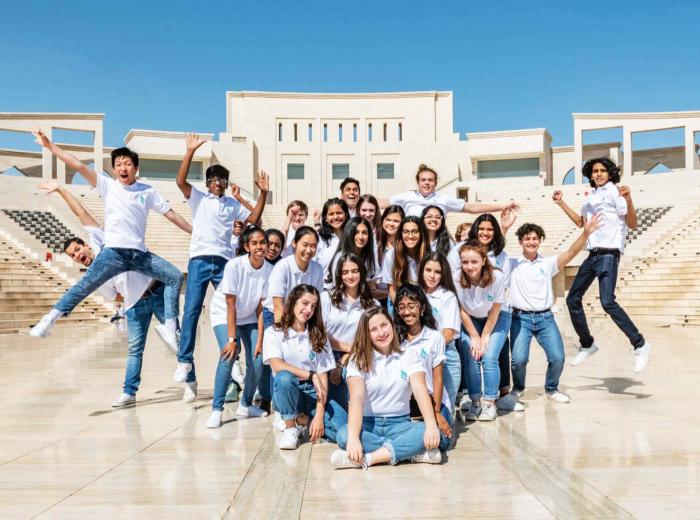 The first meeting of the World Symposium on Choral Music (WSCM) 2023 Organizing Committee was held on January 3, 2021. Composed of six International Federation for Choral Music (IFCM) representatives, six representatives from the Qatar National Choral Association (QNCA), and two honorary members, the team is set to work on the monumental and exciting task of bringing the WSCM to the Middle East region for the first time. To that end, the QNCA representatives are from Qatar and the Arab region. Qatar, with its ancient traditions of hospitality and contemporary global outlook, offers a unique and welcoming setting for voices from around the world to mix, mingle, and share their unique choral traditions and knowledge.

The WSCM2023 team is supported by two committees, Artistic and Administrative. The Artistic Committee is co-chaired by Giovanni Pasini (QNCA) and Jan Schumacher (IFCM Vice-President). It includes an additional four members: Cristian Grases (IFCM representative), Nasser Sahim Nasseb (Qatar Philharmonic Orchestra), Alena Pyne (Sing Qatar), and Beverly Shangkuan-Cheng (IFCM representative). In addition to this team, the Artistic Committee has nominated Dana Alfardan, a Qatari composer and songwriter, as an Honorary Member. The committee is in the process of establishing a regional artistic advisory board to assist in the design of the Middle Eastern portion of the program. Together, these individuals will ensure that the very best of the world and the region is represented on the stages and at the podiums of the 2023 WSCM.

The Administrative Committee is co-chaired by Ki Adams (IFCM-Vice President) and Jennifer Taynen (QNCA). Members of the committee are Yoshihiro Egawa (IFCM Vice-President), Gábor Móczár (IFCM representative), Aljazi Al Henzab (Qatar Foundation), and Anwar Al Nimri (Arab Choral Network). The Administrative Committee is delighted that Khalid Salim, Head of the Qatari Ministry of Culture and Sports’ Music Affairs Center, has accepted the title of Honorary Member in their team. The Ministry of Culture and Sports’ active participation in the planning of this event offers very welcome resources and assistance in all aspects of this project. With Qatar’s state-of-the-art facilities, global connectivity as the hub for Qatar Airways, and infrastructure legacy of the 2022 FIFA World Cup, participants in the 2023 WSCM can look forward to a seamlessly organized event that is easy to navigate and accessible to all.

Both Artistic and Administrative Committees have quickly settled down to work. Everyone is excited by the opportunities presented in this new location and looks forward to creating a WSCM like none held before. Watch for an announcement of the theme and the application timeline for choirs and lecturers in the coming months.