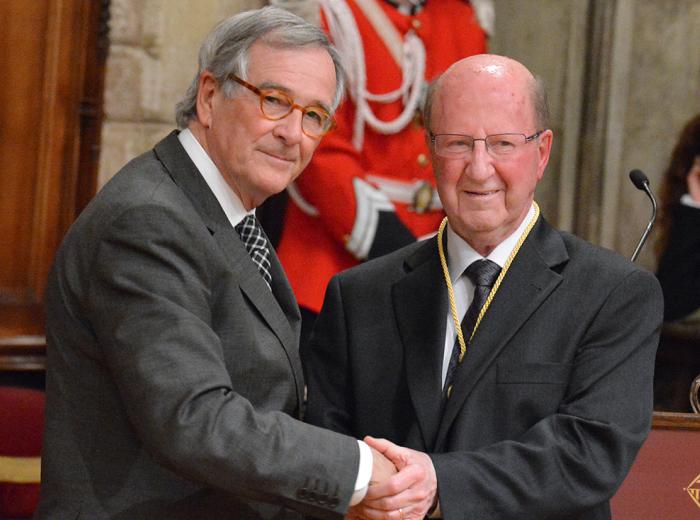 It is with deep sadness that the Catalan Federation of Choirs (FCEC) announces the death of Jordi Subirà, FCEC Founder and Board member since 1982. Jordi began his engagement in the choral world as a singer in the Orfeó Laudate and the Orfeó Català. He soon became involved in federal activities through the Secretariat d’Orfeons de Catalunya (SOC), the actual FCEC, where he worked with Oriol Martorell. Together, they created the Barcelona Delegation that Jordi managed during 23 years before becoming FCEC President (2000-2003) and FCEC Vice-President (2003-2006).

With his constant, discreet, and totally selfless services, Jordi organized cycles of concerts, conducting courses, master classes, and other professional activities with internationally-renowned conductors with the aim to energize and improve the choral singing in Barcelona and Catalonia. He also took part in the organization of major choral events, including the Europa Cantat XV Festival held in Barcelona in 2003. In 2014, Jordi received the Gold Medal for Cultural Merit from the Barcelona City Council.

Those of us who were fortunate enough to meet and work with Jordi will always remember him for his mastery and testimony, his kindness, and his generosity. RIP!