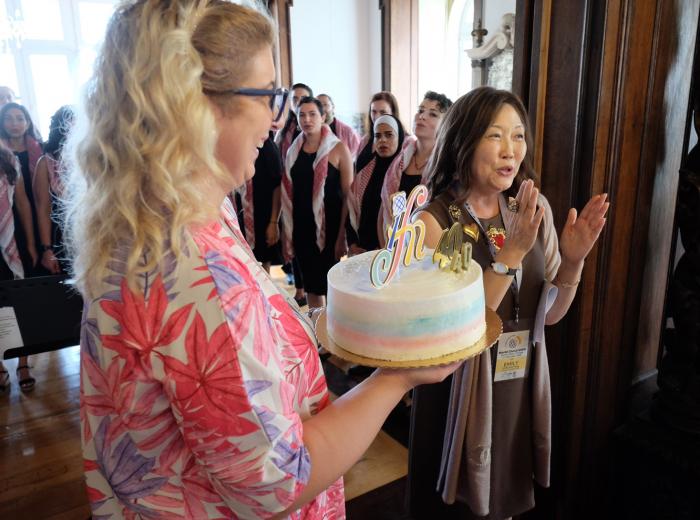 Following the 2022 General Assembly, members were invited by President Emily Kuo Vong to attend the official reception of IFCM’s 40th Anniversary which began with a cameo concert by Mosaïca (Jordan) and was followed by a lunch in the beautiful dining rooms of the Palacete.

An exhibition on the 40 -year history of IFCM was displayed in the Palacete, presenting items, documents, and leaflets tracing the numerous projects organized since 1982. A looped series of photos from each decade was shown on a big screen. These images are also part of an online photo album created for the occasion: https://www.40-years-of-ifcm.worldchoralexpo.org.